If you ask people in Japan where they’d recommend viewing the vibrantly coloured autumn leaves at this time of year, one of the top recommendations you’ll get is Kyoto.

There’s something incredibly beautiful about seeing the leaves against the stunning backdrop of Kyoto’s iconic shrines and temples, but the only problem is they can get incredibly crowded during autumn when crowds of tourists descend on the most popular sites to get the best photos.

However, if you know where to go, you can view some truly stunning sights away from the crowds, and one that people around Japan are now interested in is the Eizan Electric Railway, thanks to this stunning video filmed by Twitter user Minato Fumituki (@MinatoFumituki).

▼ A unique train ride like no other. Τhe driver of the train switches off the lights just before they enter the so-called “Maple Tunnel“, allowing the passengers on board to truly appreciate the breathtaking colours in all their glory.

Fumituki says they were lucky enough to have the carriage all to themselves, as they were on the train just before the last service of the day.

▼ Imagine having this train all to yourself! 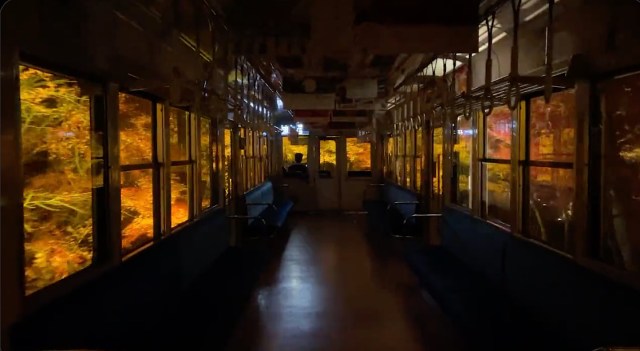 The “Maple Tunnel”, located in Kibune between Ichihara and Ninose on the Kurama Line, is truly stunning at this time of year, especially when it’s lit up during the evenings, from sunset to around 9:00 p.m.

During this period, the trains proceed through the leafy “tunnel” at a slower speed than usual, both during the day and at night, so that passengers can enjoy the annual spectacle.

With the video above receiving over a million views in just a few days, this special train ride is an event that many are now marking on their calendars for next year, with comments including:

“It’s like entering another world!”
“This is too beautiful for words!”
“I’m so jealous! I’d love to see this in person!”
“The way the driver opened the cabin curtain so passengers could get an even better view was so touching!”
“How magical — it’s like being whisked away to an alternate reality!”

Like all things magical, however, this event is only available for a limited time, running from 6-28 November this year.

A ride on the Eizan Electric Railway is a very special way to view the autumn leaves in Kyoto, and one you won’t find in most travel guides, so be sure to mark your calendars for next year!

And in case you were wondering just how busy Kyoto is this autumn, even without international tourists, you might want to check out our recent photos of the top sites, covering Kinkakuji to Kiyomizudera, and everywhere in between. 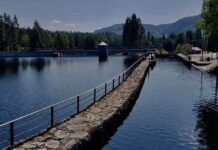 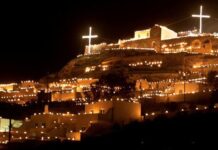 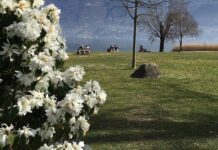